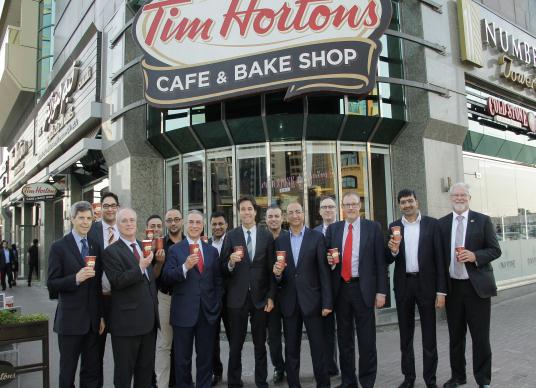 The delegation used the opportunity to discuss the brands expansion plans in the UAE and broader region. “Tim Hortons is an iconic Canadian and Ontario brand and I am delighted that they will be opening 200 new locations in the Gulf. Its presence in the UAE is an example of how Canadian and Ontario companies can successfully expand their global reach in this important region,” says Hoskins.

The Canadian company selected the GCC for its first international expansion and opened its first restaurant in Dubai in September 2011. Tim Hortons took the Middle East by storm with an innovative marketing strategy and launch campaign in the UAE less than eighteen months ago. Delivering quality products and consistently efficient service has helped Tim Hortons become a brand of choice for many local consumers and we now have many loyal fans here in the UAE.