Reem al Bawadi restaurants coming up in Sharjah and RAK 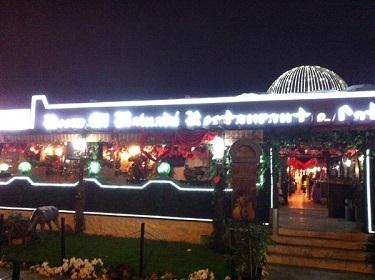 UAE-based Marka has decided to take the Reem al Bawadi restaurant chain to Sharjah and Ras Al Khaimah (RAK) for the first time by opening two outlets in the emirates by the fourth quarter of this year, with November as the expected launch date for both.

The new Reem Al Bawadi outlets will be located at Sahara Centre in Sharjah and Al Naeem Mall in RAK. The Sahara Centre restaurant will occupy 5,500 sqft of space in addition to an outdoor terrace of approximately 500 sqft, while the one at Al Naeem Mall will have an internal floor plan of 8,900 sqft and an outside dining area of around 1,500 sqft.

With these launches the brand’s portfolio will increase to nine outlets across the UAE, Saudi Arabia and Pakistan. “Since its first restaurant opening in 2001, Reem Al Bawadi has established itself as a leading home-grown hospitality brand through its award-winning Middle Eastern cuisine, attracting huge popularity among the region’s diners. We are delighted to bring the Reem Al Bawadi experience to Sharjah and RAK for the first time,” says Nick Peel, Marka CEO.

The two new activations in Sharjah and RAK are the first in an ambitious expansion programme for the chain, which will see new franchised Reem Al Bawadi outlets opening in the wider MENA region.