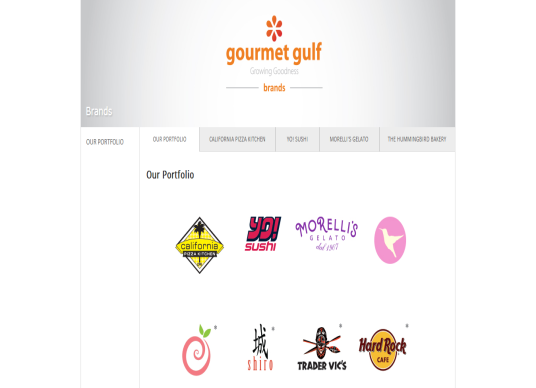 Gourmet Gulf was founded by Daud Arabian in 2006 and holds the exclusive development and franchise rights in a number of Middle East markets for brands such as California Pizza Kitchen, Morelli’s Gelato, YO! Sushi and Hummingbird Bakery.

“The Middle East and surrounding markets are experiencing some of the fastest growth in he world, particularly in the food industry. This partnership enables Gourmet Gulf to scale our operations and propel our rate of expansion in a dynamic, but considered manner to maintain our leading position in the F&B franchising sector,” says Sami Daud, CEO, Gourmet Gulf.

“This is a landmark partnership as our first investment in the Middle East F&B sector. Gourmet Gulf is a very well respected operator with an exceptional portfolio of brands and a solid track record in the region. Combining this with our retail expertise makes for a compelling alliance, and we are confident of mutual success,” says Ahmed Galal Ismail, CEO of Majid Al Futtaim Ventures.

Gourmet Gulf which currently operates 25 F&B outlets across the Gulf is scheduled to open over 10 restaurants in the next six months. “Our objective is to have well over 100 outlets in operation by 2020, a goal that we are well on our way to achieving. In addition to the opening of new outlets of our existing franchise brands, we are also in the final stages of signing a number of new concepts for the region which will launch very early next year,” says Daud.