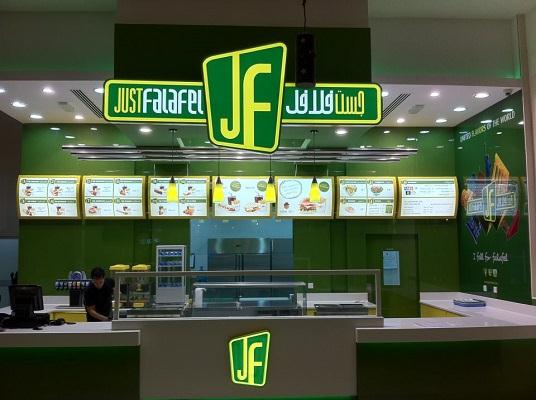 UAE-based food operator Just Falafel has announced plans to increase its presence in Oman with a deal to open 10 new outlets. The new stores will be located throughout the country, with the first two restaurants in Muscat.

“The growing popularity of Oman as a tourist destination in addition to its burgeoning local population is a perfect place for the growing brand,” says a statement by the company.

Just Falafel has partnered with conglomerate The Sultan Group for the expansion. The company plans to have two restaurants open by the end of this year in Muscat, with the full portfolio expected to be complete in the next couple of years.

Just Falafel also announced it has expanded in Australia by opening its doors in the country’s largest railway station in Sydney. The food company said it has opened its first store in Toronto, with the restaurant located close to the famous Yonge Street.

Last month, Just Falafel announced the signing of a deal to roll out 10 new stores in Texas, as part of its aggressive expansion plans in the United States. The expansion will see restaurants opening initially in Houston, followed by further stores in Austin.

Lounge with a twist at Dubai Studio City

Black Tap opens in Mall of the Emirates

The cult New York burger and shakes brand, which is part of

Cinnabon celebrates 20th anniversary in the UAE. The brand is part of