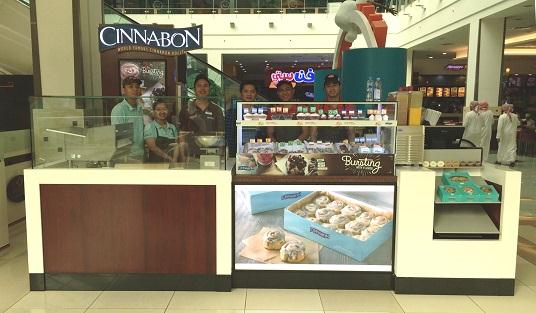 American producer of cinnamon rolls, Cinnabon, has opened its third outlet in Al Ain. The company’s new branch takes the total number of Cinnabon outlets in the UAE to 36.

Cinnabon UAE’s new Al Ain store is located at the Bawadi Mall’s first floor food court. Cinnabon’s regional franchisee Cravia says the increasing demand for its products in the emirates outside of Dubai and Abu Dhabi is the driving force of its ongoing strategy to open new outlets, with the city of Al Ain in particular a source of growth.

“Al Ain is undergoing tremendous expansion, with its population growing steadily each year. This is our third outlet in the city and we are aiming to match the increased demand for our Cinnabon products in the emirate with even more outlets in key locations, as well as new product offerings for our discerning customers,” says Marwan Kandeel, multi-brand manager, Cravia.

In addition to Bawadi Mall, Cinnabon outlets are at Al Ain Mall and Boutik Mall in Al Ain.