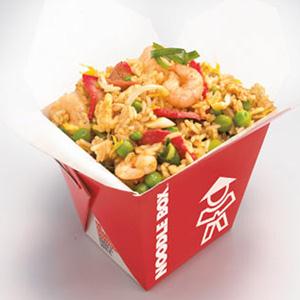 The brand has partnered with master franchisee Himmah Foods, a subsidiary of Al Himmah Group in Saudi Arabia, to expand across the Middle East. It plans to be present in other GCC countries over the next three years, according to a statement issued by the company.

“We believe Noodle Box’s authentic, Asian street food, cooked in open work kitchen and served in a relaxed restaurant environment will be a hit with the guests,” says Ian Martin, chief executive of Noodle Box, in a statement.

Himmah Foods is the master franchisee for brands that include Tasti DLite and Planet Smoothie.

“Himmah Foods is constantly searching for premium concepts with an added value that can cater to the growing and young population of the region and their changing lifestyles,” says Abdul Aziz Al Babtain, president of Himmah Foods.