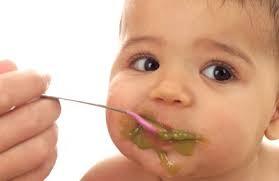 The MENA baby food market has been growing at rapid pace with a CAGR of 11.2% during 2007-12, generating revenues worth $800 million, according to a Ken Research report. According to the report, the countries in MENA region witnessed relatively high birth rates as compared to western countries, which create a substantial market for baby food products in the region.

The baby food market in the region is bifurcated on the basis of product categories, which comprises milk formula, dried baby food, prepared baby food and other baby food. Amongst the product categories, infant formula drives the sales of entire baby food market in the MENA region, said the Ken research in the study titled ‘MENA Food Industry Outlook to 2017 – Led by Changing Lifestyles and Increased Working Women Population.’

The Ken study provides a comprehensive analysis of the various aspects such as market size, segmentation, trends and developments and future projections of the baby food market of major countries in Mena. The report also entails a detailed description of the prominent and emerging geographic markets of the region including Egypt, Saudi Arabia, Israel and the UAE. The market is dominated by a few players. And even during the recessionary years of 2008-2009, the baby food industry in MENA fared well witnessing an annual growth of 11.7% in 2008 and by 11.1% in 2009, stated the market intelligence expert in its report. According to Ken Research, the MENA baby food market promises phenomenal growth in the days to come.