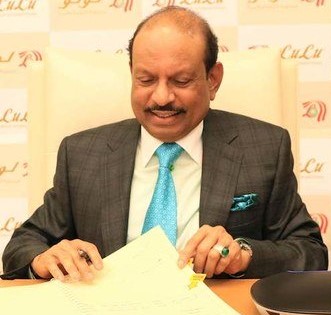 As per the agreement, Lulu along with the Royal Commission of Yanbu will jointly establish and operate a commercial centre under the Lulu brand, with a total area of about 439,000 sqft in the Al-Fahd neighbourhood of Yanbu Al-Sinaiyah.

Apart from LuLu Hypermarket and other prominent brands, the presence of the world’s biggest cinema operator, AMC is expected to add more value to the project.

“LuLu Group is a leading entity within the global retail industry, and it will be an important component for this prestigious shopping mall project. We are delighted to welcome LuLu and are confident that the new hypermarket alongside other internationally-acclaimed retail brands will be a focal destination, which will attract more visitors to this city,” said Alwani.

“We are glad to associate with the Royal Commission of Yanbu for bringing world-class shopping experience to the port city of Yanbu. We also take this opportunity to extend our gratitude to the Custodian of the Two Holy Mosques King Salman, Crown Prince Mohammed bin Salman, and the government. They have always extended tremendous support to investments and economic development, which ultimately generate more employment opportunities for the Saudi citizens,” Yussuffali said.

“It has been our policy to bring a world-class shopping experience closer to the people. Lulu currently employs 3,000 Saudi nationals, including 790 women in their various hypermarkets across the Kingdom. The Yanbu project, on its completion, will provide about 1,000 new employment opportunities, he added.