Harnessing the evolution of retail

Here are three facts that one needs to consider to understand the overall evolution scenario.

Second, the UAE retail scenario: global management consulting firm AT Kearney points out that the UAE, along with other Gulf states Oman, Kuwait and Saudi Arabia, features among the world’s top emerging markets for global retail expansion in its 2012 Global Retail Development Index. The UAE ranks seventh (up from eighth in the previous year) while Dubai, the country’s largest city, is ranked the second most attractive retail destination globally for the world’s leading retail brands. The report also cites growing consumer confidence in the country, with overall retail sales increasing more than 5% after two years of stagnation.

Third, the UAE technology and e-commerce scenario: the country’s young population enthusiastically embraces the internet, digital devices such as tablets and smartphones, social networks and e-shopping channels. An Interactive Media in Retail Group International (IMRG) study quotes ITU data to place internet penetration in the country at 70% in 2011, with a total of around six million internet users.

Household broadband penetration is 56%, a figure expected to touch 100% through FTTH technology, making the country the first in the world to be totally covered. In addition, a Q1 2013 Google survey ranks the UAE number one globally in terms of smartphone penetration (73.8%), ahead of South Korea and Saudi Arabia.

The IMRG study also points out that the country has three million e-shoppers – a third of its 8.5 million population – and accounts for around 55% of the total GCC e-commerce spend. In fact, e-commerce accounted for $2.8 billion in total retail sales of $116 billion in the UAE in 2011, a figure set to increase 40-to-45% in the coming years, with average spend per internet shopper currently at $950.

“These are strong indicative factors about where technology is heading. They also indicate that the time is right for merchants to build a strong presence online to cater to the rapidly changing lifestyles and needs of customers, who are showing inclination towards e-commerce,” observes Gups Jutla, head of business development, CyberSource Middle East, a Visa company and global provider of e-commerce payment management services.

“Accessibility to the internet and payment channels is increasing by the day, making it easy for consumers to buy products anytime anywhere, with emerging new technologies enabling them to leverage several channels to make a purchasing decision. In fact, global mobile internet is expected to overtake fixed internet over the next two years, a trend that is expected to be reflected in the MENA region, especially the UAE,” says Jutla.

He points to two important factors thatare catalysing mobile and e-commerce awareness in the UAE – social media (three million users in the country in 2012) and the e-governance initiative of the government. “Social media plays a vital role in the growth of e-commerce in the region. The growing presence of brands on social media platforms, along with the increasing number of connected shoppers, has increased opportunities to showcase and sell items online,” avers Jutla.

Jutla cites the example of many people visiting and even starting an online transaction but not completing it because of security concerns. He also points to a disparity between spend per shopper and spend per user, the former being almost twice the latter, which means people are going online but not necessarily making a purchase. He feels it is important to assess the rate of utilisation of smartphones in retail and see how many people are optimally making use of all the applications and using these devices as financial instruments to make transactions. That’s the key challenge.

Jutla underlines the need for technological and IT initiatives as well as awareness generation campaigns through social media to hasten the transition from cash to digital online payments. It is here that the UAE’s e-governance initiative, with its state-of-the-art payments gateways, has contributed significantly to addressing the online payment issue, a recent survey showing that 83% of respondents expressed trust in paying government fees online against a mere 7% who expressed serious reservations.

“Mobile and digital payments are poised to capture a significant share of the retail payments environment and innovative retailers are increasingly looking to consumer-focused technology companies to lead them through the complexities of payments change. We guide retailers in the region in navigating the unique and exciting journey across the evolving omni-channel payments landscape at a time when consumers are adopting mobile and internet technology at an incredibly fast pace and the retail industry here continues to remain at crossroads,” observes Jutla.

“Our deep understanding of the global and local e-commerce landscape and our continued investment in technology enable us to educate consumers that making payments online is secure if the right infrastructure is in place. Our solution for web and mobile initiated transactions automatically detects a customer’s device type, operating system and location. Whether shopping on a laptop, tablet or smartphone, the cloud-based solution presents an elegant and secure shopping environment for merchants and their customers,” he adds.

Jutla believes it is the opportune time for merchants to expand into e-shopping to meet the rapidly changing lifestyles and needs of consumers, given the high smartphone penetration in the UAE. But he doesn’t see a one-size-fits-all solution working in a highly culturally diverse population where expatriates predominate, impacting consumer behaviour in different ways. He cites the dominance of the mall culture and the high ‘touch-and-feel’ component shoppers require as tangible evidence before making a buying decision as factors that impact buying behaviour.

“Consumers with smartphones tend to spend a considerable amount of time in shopping malls, providing significant opportunities for merchants to expand their existing businesses through digital and mobile channels. Interactive technology within the mall is one way of generating awareness about products and expands possibilities of omni-channel shopping. For example, if there is a long queue in front of a store, a consumercan be given a push notification about a promotion and make a transaction using a smartphone. Delivery logistics to handle huge volumes may still pose a challenge but things are improving over time,” reveals Jutla.

“Retailers can thus complement their bricks-and-mortar operations with an online presence to ensure that consumers do not have to wait in queues to pay for goods and services in malls, which can be frustrating for shoppers. That aside, e-shopping also gives them the advantage of viewing products online or even at malls, yet ordering them via smartphones,” he adds.

Indeed, consumer buying behaviour is driving merchants to think differently and many are undertaking new initiatives in response. Take the example of Tejuri.com, the first-of-its-kind online shopping mall in the UAE. “Consumers here like to visit mall to socialise, touch and feel products before buying, but these days we see many of them also buying things online. The whole idea behind Tejuri.com was to create an online shopping mall where retailers in a traditional shopping mall can also have a presence in the e-commerce space and generate an online revenue stream by enabling consumers to buy what they desire online. The mall was built to help retailers overcome a host of barriers they faced while entering the e-commerce space,” says Ayaz Maqbool, managing director, Tejuri.com.

“When we started Tejuri.com we faced several challenges, especially concerns relating to quality of products, delivery mechanisms and payment security. But over the years we have been able to tide over these hurdles and built a credible online platform with several branded retail stores, helping generate revenues for retailers that were leaving the shores as well as guarantee return on investment for them, while ensuring it is completely safe for consumers to purchase goods and make transactions online through Tejuri.com,” he recalls.

Indeed, it’s a brave new world retailers are being introduced to where omni-channel retail and technological change are transforming the shopping environment as well as driving consumer shopping behaviour. 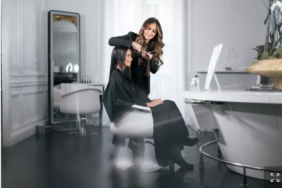 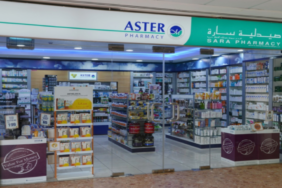 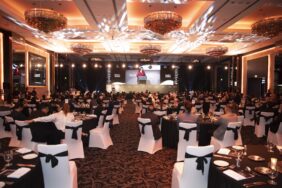 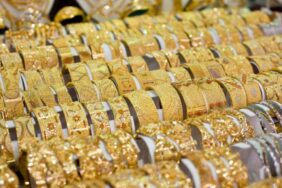 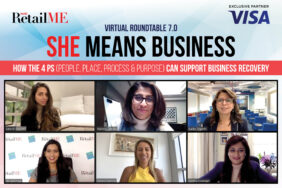 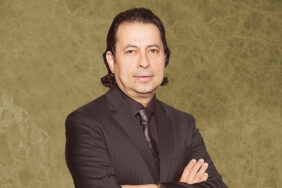 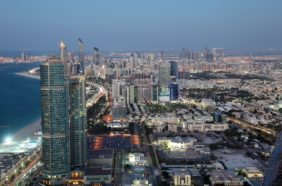 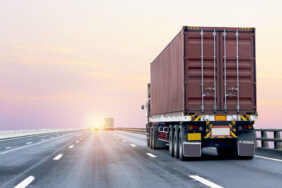