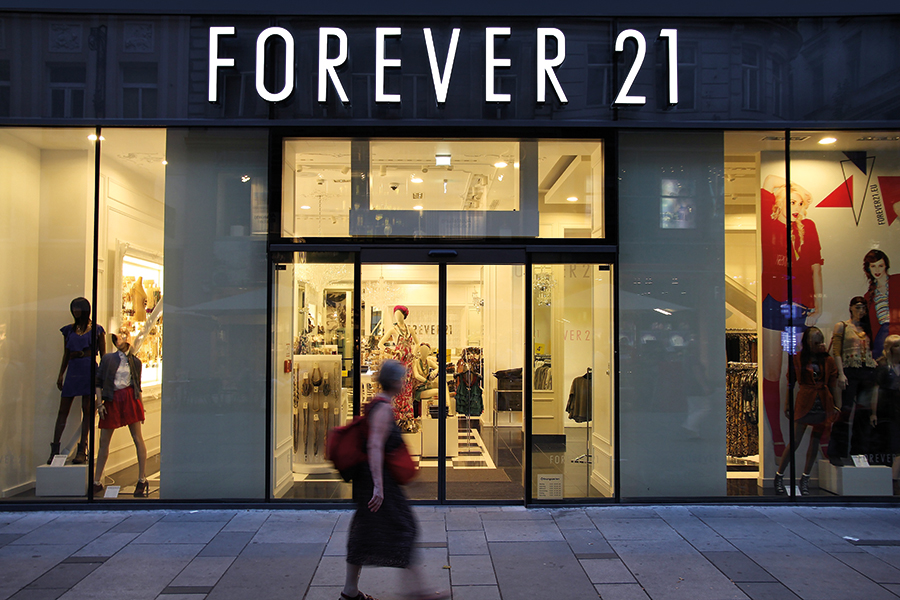 Authentic Brands Group recently signed a long-term licensing agreement with Sharaf Group for Forever 21, a brand that was seen to be struggling to stay afloat globally. How will this new partnership rejuvenate the beloved brand and what does it entail for customer experience in the Middle East?

What’s common between Juicy Couture, Nautica, and Aeropostale? Apart from the fact that they are some of the strongest retail brands in the world, they have all had a ‘rise, fall, and rise again’ journey. Another common factor for these brands is that its ‘rise again’ era was, in a way, steered by the behemoth firm, that is Authentic Brands Group, a brand development company headquartered in New York, responsible for over 30 consumer brands and properties by partnering with best-in-class manufacturers and retailers. Its brands have a global retail footprint across luxury, specialty, department store, mid-tier, mass and e-commerce channels and in more than 6,300 freestanding stores and shop-in-shops around the world.

A brand that it recently took under its wings is Forever 21 and a partnership that it recently forged is with UAE-based Sharaf Retail. Through the agreement, Sharaf Group, which has been Forever 21’s core operating partner in the Middle East for the last decade, has expanded its licensing rights from apparel and accessories to additional product categories including health and beauty, fragrance and home, new territories including Southeast Asia and e-commerce. However, in order to understand why ABG’s acquisition of Forever 21 was salient, it is important to explore the brand’s retail journey.

Forever 21 was founded in 1984 in Los Angeles by husband-and-wife team Jin Sook and Do Won “Don” Chang just three years after they emigrated from South Korea to Los Angeles. They opened their first store, a 900 square foot space called Fashion 21 in the Highland Park neighborhood of Los Angeles. During their first year in business, the store brought in $700,000 in sales.  Merchandise was (and still is) turned over quickly with estimates suggesting that Forever 21 turns over 20% of its stock every week. That’s twice the rate of other clothing stores. After the success of their first store, the Changs changed the name to Forever 21 and began opening new stores every six months. The first international store opened in 2001 in Canada. By 2010, Forever 21 was dominant in the fashion industry with 500 stores across the U.S and in 2015, the company peaked with $4.4 billion in sales from more than 600 stores.

However, a few years from then, increased competition from other fast fashion players, its target demographic shifting to e-commerce, rapid and hasty growth and the many lawsuits it faced contributed to its gradual downfall. In 2018, the company began downsizing and closed stores in different parts of the world and on September 29, 2019 it announced that it’s filing for bankruptcy.

The pinch of these decisions were felt world-over, including in this region, which was propelled by the pandemic and the resulting store closures. However, when Henry Stupp, President, EMEA at Authentic Brands Group was asked about why ABG had decided to take on a struggling brand, he was quick to turn around and quip that the brand and customers’ affinity towards the brand wasn’t really struggling.

“I think the issue was a combination of rapid growth, Covid-19, and economics of the retail environment that impacted the brand. But the consumers way of viewing the brand wasn’t changing,” he said. “Forever 21 is a true lifestyle brand with a following and we believe that the following, awareness, and consumer appetite (for the brand) is strong.”

“The Forever21 business has accelerated through e-commerce. The demand was always there. It was never about the demand, but more of an operational issue that got impacted through very rapid growth. ABG understood the value of the brand, the value of consumer affinity, and the value of our partners like Sharaf, so it was just about taking what was working and amplifying that,” he added.

Considering ABG doesn’t get involved in the manufacturing or logistics of the brands it acquires, what role does it really play in the retail ecosystem then? As a licensing business, ABG retains brand ownership and approval rights over marketing strategies, product development and use of data. Licensee partners bear the capital, manufacturing, inventory, markdowns and distribution responsibilities.

For years, ABG has purchased different businesses as long as the brands it acquired had instant customer recognition. Some of the brands under its portfolio include Sports Illustrated, Juicy Couture, Frederick’s of Hollywood and Elvis Presley. For most of these, the play has been to license the name out and bring in revenue.

Sharaf Group, on the other hand, specializes in retail development and brand building, with expertise in design, manufacturing, store operations and e-commerce that enable a unified brand and consumer experience across all touchpoints.

When Forever21 had filed for bankruptcy in the US back in 2019, the Middle East operations had put out a statement saying ‘Forever 21’s partners in Singapore, UAE, India and the Philippines are not impacted by the US filing and it continues to be business as usual in those markets.’ However, the pandemic didn’t quite help the cause and the ongoing growth spree added to the troubles.

“Historically, Forever21 did very well. But they ended up growing rapidly. Adding to that, problems with fulfilment didn’t help. However, the brand itself was always strong. And we see it now that after the stores were opened and we started getting in new merchandise, the sales started surging. In fact, the average consumer did not even realise that there as a problem with Forever21,” said Yasser Sharaf, Vice President (Retail, Hospitality, Industry and financial services) of Sharaf Group.

As part of the renewed partnership, Forever 21 and Sharaf are also currently rolling out a regional omnichannel strategy focused on today’s generation of fashion consumers. Earlier this year, Sharaf opened two new Forever 21 stores at Sahara Centre and Al Ghurair Centre, bringing the store count to 15 in the region, and construction is underway at three new locations, including the Yas Mall, Nakheel Mall and Abu Dhabi Mall. Sharaf recently launched an all-new e-commerce destination for the UAE, www.Forever21.ae, with plans to unveil additional e-commerce sites for Singapore and Malaysia in the near term. Work is also being done to refresh the brand’s existing stores and product offerings for men, women and teens as well as to engage new audiences through relevant content and experiences tailored to regional consumers.