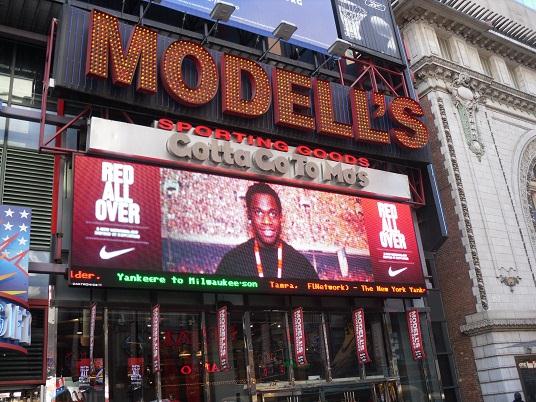 UAE-based sporting goods retailer Retailcorp, part of Istithmar World, a Dubai World company, has announced the rebranding of its existing GO Sport stores to the American retailer, ‘Modell’s Sporting Goods’. The rebranding follows a period of expansi on for Retailcorp as the Modell’s multi-brand sports stores begin rolling out across the GCC. The first store is set to open in the UAE in the third quarter of 2014, and will be the first Modell’s Sporting Goods store outside of the US.

Modell’s Sporting Goods is America’s oldest, family-owned and operated retailer of sporting goods, footwear, active apparel, and fan gear for men, women, and children. Modell’s was founded in 1889 in lower Manhattan, New York, and under the leadership of four generations of the Modell family has grown into a chain of more than 155 locations.

Modell’s Sporting Goods UAE locations will include Mall of the Emirates, Mirdif City Centre and Ibn Battuta Mall – all in Dubai.

“As part of our long-term business strategy, Retailcorp saw great potential in partnering with Modell’s to achieve our long term goals for the region. Our stores will shortly be re-branded to Modell’s Sporting Goods and, with this, we look forward to offering our customers a new exclusive and unique shopping experience, yet to be seen in the Middle East,” says a Retailcorp spokesperson.