Kalyan to set up jewellery making unit in Dubai 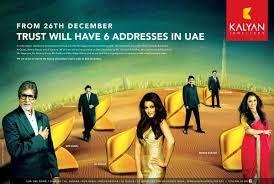 India-based Kalyan Jewellers plans to set up a jewellery design and manufacturing unit in Dubai to meet the company’s own stocking requirements as well as to be offered to the wholesale trade in the UAE. The new capacity will also be utilised by Kalyan’s fast expanding retail network in the Gulf and, beyond that, key Far East markets such as Malaysia and Singapore.

A location at the Dubai Multi Commodities Centre (DMCC) free zone is the obvious choice. A team has been assigned to work on the location and plant requirements. Once a decision is taken, it will take six-to-eight months for the plant to be commissioned. “It will be among the largest in the region, with more than 200 people working and 5-8 kilograms of jewellery being processed daily,” says executive director Ramesh Kalyanaraman. “There will be limited scope for actual refining as little of the metal we would receive here is ‘old gold’ unlike in India. The future is about jewellery making and making sure the right designs are flowing into the retail marketplace at the right time,” he adds.

Investments on the plant would be the in region of Dh250 million and comes on top of a Dh250 million outlay on a six-store network that came into being in the UAE in January. In addition, there will be an investment worth Dh250 million to add seven more stores, two more being in the UAE and the rest in the GCC. The intention with the plant and an aggressive retail rollout is to have Dubai as the hub for all of Kalyan’s international operations by 2015. By then, the target is to achieve 30-35% of the group’s turnover from overseas interests.