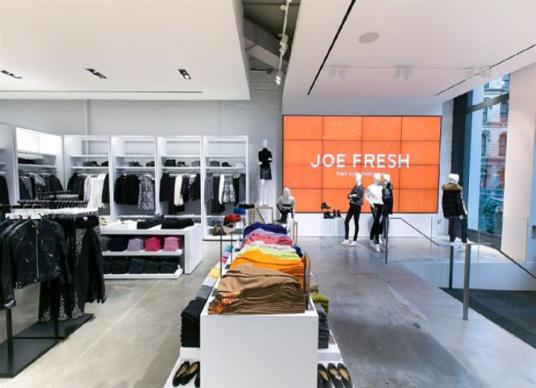 “These first international agreements signify an important milestone for Joe Fresh as we build on the strong foundation we have established at home in Canada,” says Joe Mimran, creative director and founder of Joe Fresh.

Joe Fresh’s expansion comes a year and a half after an agreement to put the Joe Fresh brand in many JC Penney stores in the US. The label is available in more than 340 retail locations across Canada, and in six freestanding stores in New York.

The deals also mark a rare success story for a Canadian company in the competitive retail market here.

An influx of US retailers into Canada, including discounting giant Target, has created a competitive retail arena that has left some big companies struggling. Sears Canada announced January it was shedding about 624 jobs in its full-line stores, while Best Buy’s Canadian unit recently said it would lay off 950 full-time employees, or just over 5% of its workforce.