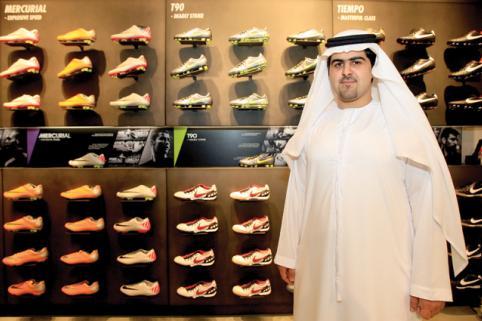 GMG’s sales for its current financial year were strong in all regional markets, with the UAE performing particularly well, and the company expects this year to be even stronger, boosted especially by the FIFA World Cup, starting in June.

Currently, the Group operates 183 stores across the Gulf, under the Sun & Sand Sports and Super Care Pharmacy marques, as well as individual brand outlets including Timberland, VANS and Columbia. Last month, it launched the first Nike Golf store in the region. Twenty-three of these stores have opened during the current financial year, with another 20 planned for launch by June.

“We have built GMG’s retail offer over the last 30 years to become one of the largest independent retailers in the Gulf region. Now we are poised to take the next major step in the development of the Group, with new stores in a range of key markets. These will be within our core Group retail divisions, Sun & Sand Sports and Supercare Healthcare, under their main brands as well as individual outlets, says Mohammad A Baker, GMG’s deputy chairman.

“As the Gulf distributor for many leading sports and lifestyle brands, including Nike, VANS, Timberland, The North Face and Colombia, we are able to meet growing consumer demand across the region. With the Gulf market so robust, and with the confidence of strong macroeconomic performance this year, we believe 2014 is an opportunity to take a major step forward in our key markets,” he adds.