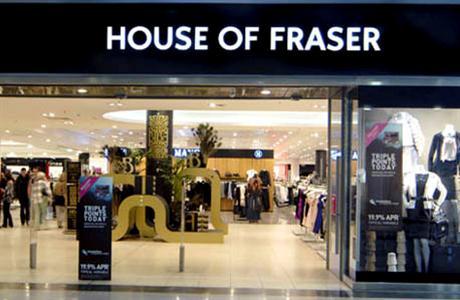 As part of ‘GREAT Week UAE’ – organised by UK Trade & Investment brings a mission of over 40 British companies from the retail, luxury and design industries to showcase their world leading products to a UAE audience – the British Embassy and premium British department store House of Fraser Abu Dhabi jointly hosted a fashion show at the Dusit Thani hotel yesterday. The event celebrated the opening of House of Fraser’s first international flagship store at the World Trade Centre Mall Abu Dhabi, and was one of the major highlights of a week-long activity promoting the best of British retail, luxury and design.

The event showcased highlights of House of Fraser’s Spring/Summer 2014 collections across women’s wear, menswear and children’s wear. The scenes included key pieces from the British brands available at House of Fraser including Victoria Beckham Denim, Alexander McQueen, Vivienne Westwood, Markus Lupfer, Joseph and Kurt Geiger. Other looks showcased the local designer offerings to be found at House of Fraser including abayas from Ush and Whoop and evening wear from international brands including Carolina Herrera, See by Chloe and DKNY.

The UK is a global leader in retail, design and luxury goods and British brands are already succeeding on the international stage. The opening of House of Fraser in Abu Dhabi is a testament to British brand awareness and the popularity of British household names across all corners of the world. Abu Dhabi’s retail landscape is expanding by the day and the UAE has the highest concentration of luxury brands in the Middle East. As the UAE develops its creative and retail industries, there are increasing opportunities for collaboration with the UK.