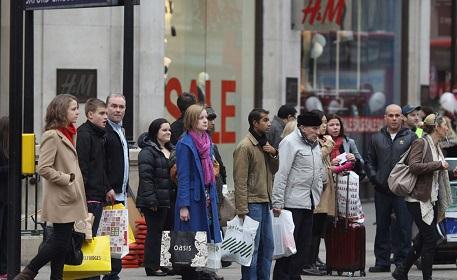 Following Britain’s vote to exit from the European Union (EU), almost 61% of people in the UK are worried about the country’s economy and their own finances, reveals a survey conducted by a UK-based research firm Retail Economics.

The Retail Economics Consumer Attitudes Survey found almost two-thirds of the 2,000 consumers surveyed are believed to be concerned about the future of the UK economy and their personal finances. Most consumers are keen to save a higher proportion of their wages following Brexit, while 61% of people are concerned that food prices will rise.

More than a third (37%) are likely to cut back on big-ticket purchases such as furniture and electrical goods that were planning to buy prior to the referendum.

According to 58% of shoppers, the referendum has prompted them to halt their spending on non-essential items, with a quarter of those likely to cut back spend on electrical goods such as television, mobile phones and tablets. In addition, almost 16% are likely to scale back on do-it-yourself and gardening products, while 14% plan to spend less on clothing and footwear.

Food and health and beauty sectors, on the other hand, are like to suffer the least. Only about 10% of those who expressed that their non-essential spending would take a hit following Brexit plan to spend less on groceries, while 9% will cut back on health and beauty products.

“The results from our Consumer Attitudes Survey show concerns over the future of the economy, personal finances and rising costs of living are likely to choke off consumer confidence and spending,” says Richard Lim, chief executive, Retail Economics. “With the consumer sector the driving force behind the economic recovery so far, it is difficult to see what can compensate should a more widespread slowdown materialise.”

Omnichannel is the way ahead

Online sales in the US rose by 47%